Capone-N-Noreaga – “Ebro In The Morning” Interview 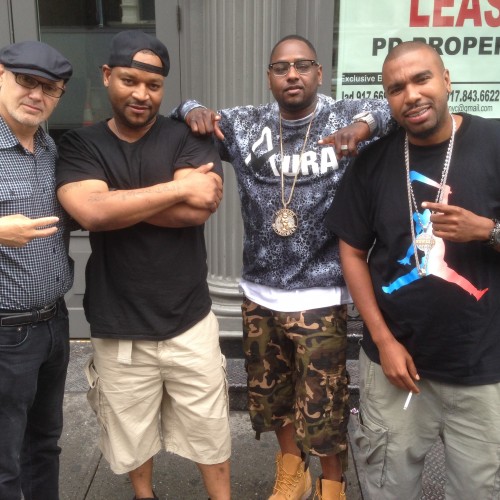 Capone-N-Noreaga/Good Belt Gang sign with Penalty Entertainment via Nore’s production company Militainment June 11, 2014, New York, NY — Hip Hop history has been made once more with the recent re-signing of legendary hip hop duo CNN AKA Capone-N-Noreaga and Nore’s group project Good Belt Gang to Penalty Entertainment. CNN, Good Belt Gang, Militainment and Penalty Entertainment, LLC are all pleased to announce that after a long hiatus, a CNN reunion has been established and full-length albums for CNN and Good Belt Gang are expected to release this Fall. The group known for releasing one of the most critically acclaimed street albums to date, “The War Report”, grew up in the projects of Queensbridge and LeFrak City. In 1996, they signed with Penalty Recordings and proceeded to release their first single entitled “T.O.N.Y.”. From there, they cemented a name for themselves as one of the greatest rap groups of all time. 18 years later, Nore has cultivated a group of up-and-coming emcees know as the Good Belt Gang. Good Belt Gang consists of members  City Boy Dee, Yung Reallie, D Tweez 4 Da Cheese, Sanogram, Black Boy Cocca and Money Ming. In Nore’s own words, “Good Belt Gang is where my heart is at. I’m happy to be able to help birth the careers of some very dope and creative artists and I’m super hyped to be doing it along with Penalty.” Nore also had this to say about the CNN signing, “I’m excited to once more be apart of Penalty, a company I helped build in the late 90’s. Get ready for us to shake the game up this time around!” Neil Levine of Penalty Entertainment, LLC was quoted saying, “The re-signing of legendary group CNN is a monumental moment in the Penalty legacy and I’m proud to be able to share it with the world. I’m also excited to be able to contribute toward building Nore’s vision with Good Belt Gang, a new generation of artists he’s passing the torch down to. We’re about to re-write history!” Check out the video for the official announcement here: https://www.youtube.com/watch?v=bYSQpgUr93wContact info@penaltyent.com and go to www.57thave.com for more information.Capone Online
Official Site x Twitter x Instagram