When you’re at your most centered and comfortable, you can do your best work. That was definitely the case for Joell Ortiz. The acclaimed Brooklyn rapper’s third full-length
album and first for the newly re-launched Penalty Entertainment, House Slippers,
reflects his confidence and charisma as an artist not only in its title but most importantly in the music.

In the winter of 2012, the MC decided to make a few big changes in his life, and they
would immensely impact the course of his latest opus.

“It started when I decided to lose this weight, stop smoking cigarettes, and adopt a
healthy mindset,” he admits. “I wanted a change in my life. I got tired of waking up
fucking hung over, not feeling my best, and not wanting to work. I took that frustration to the treadmill. From the treadmill, I took it to the studio. I was able to see clearer without that cloud of bullshit. I could talk about things more openly and go more in-depth.” He immersed himself in recording. First, he delivered a standout showing on hip-hop super group Slaughterhouse’s second full-length album, welcome to: OUR HOUSE, which debuted at #2 on the Billboard Top 200 and #1 on the Top Rap Albums chart in late 2012. After coming off the road from a world tour alongside the likes of Eminem, the artist turned all of his attention to House Slippers. He channeled the gusto of his celebrated debut The Brick: Bodega Chronicles and 2009’s Free Agent, while
embracing a newfound fire and focus. He started recording with producer !llmind [50
Cent, Scarface] at his home studio. Together they worked on “Dream On”, “Better
Than”, and the title track.

“The album seems triumphant,” he smiles. “It’s a journey. You get the old me all the way
up to the new me—and everything in between. I’ll never stop being raw. That’s going to
linger no matter what. However, this time it’s thought-out. It’s New York and edgy, but in a vivid way. The projects in Brooklyn raised me so you’ll never lose that grit and
competitive hunger in my voice. Now, there’s a balance though.”

Part of the balance further came from working with The Heatmakerz [Lil Wayne, The
Diplomats] as executive producers. He holed up at the production duo’s home studio
where he recorded the bulk of the album. Finding the perfect groove, he even showed
up wearing his “house slippers” daily.

“I finally felt like I had a home to record,” he explains. “They let me just record and be
myself. Once I started going to the studio in my slippers, I knew we were on our way.
That’s why I called the album House Slippers. This is me at my most comfortable. It’s
very clear and clean. It’s as pure as it can be.”

That purity shines through on the first single “Music Saved My Life” [featuring B.o.B].
Joell’s signature robust delivery and airtight flow immediately strike, while B.o.B offers
up a sharp and slick verse. It’s especially close to his heart.

“’Music Saved My Life’ is self-explanatory,” he reveals. “In the beginning, I’m talking
about what I used to listen to as a kid. We were poverty-stricken, and my mom had a
drug problem early on. I listened to music throughout that time. It was there for me
through welfare, having no dad, and being a street kid. Music was the only constant.
Eventually, I got record deals and the chance to take care of myself and my loved ones
through music. It literally saved my life, and it’s always been there for me.”

Elsewhere on the record, Joell treads new territory altogether. “Candy” flaunts an
irresistible hook and production sweetened by a dynamic buzz. “For so long, I’ve been
this raw, raunchy spitter,” he continues. “There’s this bounce and a swing to it. It was a
challenge because I added my own spin. I love it.”

Still, this wordsmith lights up “Cold World” and “Dream On” with the incendiary bars that
fans have come to know, love, and expect from him. Given that power, the partnership
with the iconic Penalty proved perfect, being the label’s flagship release.

“We joined forces during the change of seasons from winter going into spring,” adds
Joell. “I feel like my life is in a different season. We have a wonderful team in place.
We’re going to let everyone know Penalty is coming, I’m here, and we mean business.”
Ultimately, Joell isn’t going anywhere, but he is going harder than ever.

“I want fans to hear this album and think, ‘Not only does this guy still have it, he
stepped it up’,” he concludes. “I’m honest and I’m being myself. None of the changes
changed who I am. I hope everyone is as proud of House Slippers as I am.” – Rick
Florino, July 2014 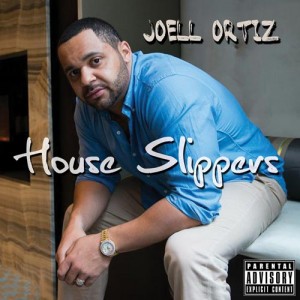 Joell Ortiz Shows Off His Basketball Skills At Terminal 23 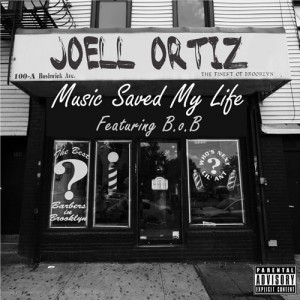 Singles “Music Saved My Life” and “House Slippers” OUT NOW!

“Music Saved My Life” Behind The Scenes Video:

Joell Ortiz interview discussing the development of his style, the impact of radio and the younger generation of potential emcees on CrazyHood.com

Joell Ortiz freestyle on “Sway In The Morning”

Joell Ortiz on “Sway In The Morning” 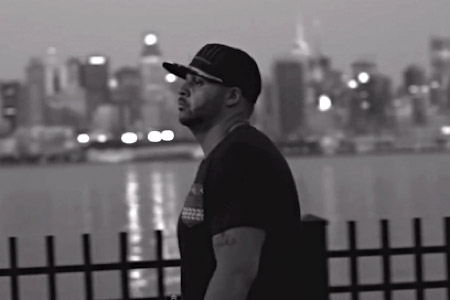 With an abundance of critically acclaimed mixtapes and albums , Joell has worked with some of the most prominent hip-hop legends in the game — Jadakiss, Raekwon, Ghostface, and Fat Joe to name a few.

The Brooklyn-born emcee had this to say about the deal, “I truly believe it’s going to be a big year for Joell Ortiz. Neil Levine over at Penalty gets it and is giving me, the Yaowa, a platform to do exactly what I wanna do…ME!”. Penalty Entertainment’s Neil Levine had this to say about the signing: “I’m thrilled to be welcoming Joell to our rapidly expanding Penalty family. He is an amazing talent and his new album House Slippers is destined to be an instant hip-hop classic.”

Complex magazine gives an inside look on the conception of the title, signing with Penalty and what went into the creative process while creating the album with interviews from both Joell and executive producers of the album, The Heatmakerz. Check out the video here: http://www.complex.com/music/2014/04/joell-ortiz-works-with-heatmakerz-for-new-album-house-slippers

House Slippers is scheduled to be released summer 2014.