Lil’ Mo lets everything out on her fifth full­length album and first for Astra/Penalty Entertainment—The SCARlet Letter. In fact, the gold­selling trend­setter, star of R&B Divas: Los Angeles, and “Godmother of Hip­Hop and R&B” gets as real and raw as possible over the course of the ten­song collection.

“It was time for me to make a statement,” she declares. “This is my side of the story. This is the inside information of what has actually happened to me during the last few years. Once I went to Los Angeles to shoot the second season of the show, I basically got my confidence back to actually go into the studio. I had just gotten divorced, and my ex­husband was my manager and music director. I had to take my career back into my own hands and do everything myself. This was the rebirth ofLil’ Mo.”

That rebirth entailed recording in Los Angeles as well as teaming up with a host of new musical collaborators for the first time. She co­wrote many of the songs with Christopher “Constantine” Chavez and worked with Garrick “Smitty Soul” Smith, Keenan Ephriam of The Komposers, and more for production. As a result, she tapped into a slick, sultry, and soulful sound.

“I’m not ready to grow up yet,” she smiles. “I wanted to do something youthful that could still appeal to people with regular jobs who go through hood shit in real life. I’m singing over more minimalist beats, and it’s a collective balance of hip­hop and R&B. That’s what it’s always been. This was my own therapy.”

The album’s first single “Should’ve Never Let You Go” rolls forward on bluesy and bouncy original instrumentation before the songstress delivers an immortal and infectious refrain. Once again, her honesty shines through.

“I was watching a lot of people’s situations,” she admits. “I’d hear them on the radio, in the salon, or at speaking engagements. A girl might say, ‘I used to date so­and­so. When I was with him, he was a bum. Now, he’s a big shot!’ My companion is an athlete. We’ll run into people, and they say, ‘I remember when he’s homeless’. God turned his situation around. I’m not going to let him go. On the flip side, sometimes you make somebody a better person for someone else. He was a frog when you were with him. This new bitch kissed him, and now he’s a prince!”

Meanwhile, on The SCARlet Letter’s opener “i MIGHT”, she spits incendiary bars, tapping into the inner rapper that impressed legions of listeners when she first burst on to the scene. “That shows my rapping skills,” she goes on. “It’s how I first got into the game. I’m little as shit, and I walk around with my Napoleon complex. I feel like I have to kick in that door. A lot of people want to write you off, tell you off, cut you off, or shut you down. I had to work, believe, and get this done. That’s what it’s about.”

Then there’s “Ride”, which is punctuated by her smooth charisma and spirit. She says, “It’s about the climb and the person who will be there with you in the struggle. You find that one who is your best friend and will be there for you.”

At the heart of The SCARlet Letter, there’s a powerful and timeless message, which will undoubtedly speak to everyone who hears it.

“The SCARlet Letter is like that story in the Bible,” explains Lil’ Mo. “People were ready to stone this woman. In my situation, I kept hearing, ‘You had your family on this TV show, and now you’re with your new man’. Nobody sees the truth. He who is without sin shall cast the first stone. I’ll tell you my truth. If you haven’t been through any of this, you can throw a rock. Until then, sit your ass down.”

Lil’ Mo has been through a lot on her journey, but she’s also seen incredible success. She began turning heads under Missy Elliott’s wing on the smash hit “Hot Boyz” in 1999. Her major label debut Based on a True Story and its 2003 follow­up Meet the Girl Next Door both achieved gold status, while she garnered ASCAP and BMI Awards for “Put It On Me” with Ja Rule and Vita. Most recently, 2011’s P.S. I Love Me garnered critical acclaim as her 2014 mixtape No Shit Sherlock lit up the blog­o­sphere. She then joined the cast of R&B Divas: Los Angeles during its first season in 2013. Now, she’s opening up what’s bound to be her most significant chapter yet.

“I want everybody to feel like they can always relate to me,” Lil’ Mo leaves off. “I try to stay humble. I go through the same things everyone else does. It is what it is. I’m still The Girl Next Door.”

On The Season 3 Premiere of

LISTEN TO THE NEW ALBUM
Lil’ Mo – “The Scarlet Letter” is out now CD and for Download! 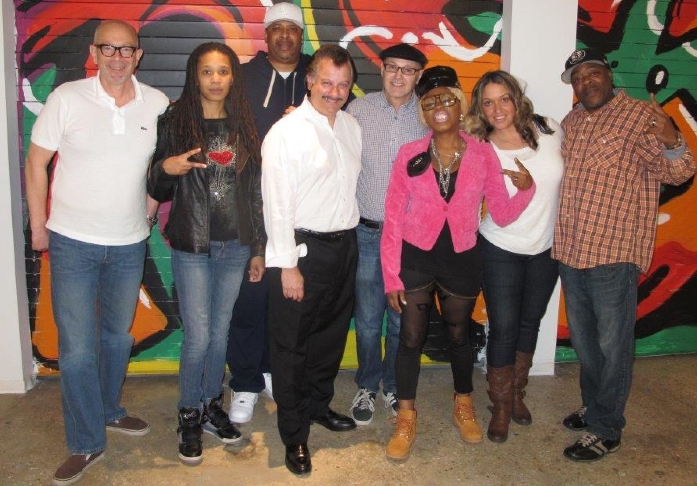 Lil’ Mo has worked with a number of artists including Missy Elliott, Fabolous, Ja Rule, Jay-Z and Whitney Houston. Credited for writing for and performing with artists the likes of Janet Jackson, Next, Bow Wow, Keith Sweat, Jaheim and Tyrese, she is poised to take her place amongst them with the release of her upcoming album.

A legend in her own right, Mo is well known for the release of timeless hits such as “Superwoman Pt. II”, “Hot Boyz” and “Put It On Me”.

When asked about the new album and signing with Astra/Penalty, Lil’ Mo was quoted saying, “After the second season of R&B Divas LA finished taping, I was ready to direct my attention back toward the one thing I love most, music. Once I learned everyone at Astra/Penalty was supporting me with open arms, I knew signing with them was the right move and I’m extremely excited to give my fans what they want, Mo music.”

Said Reginald Turner of Astra Entertainment, “When a good friend of mine Doc Clarke brought it to my attention that Lil’ Mo was looking for a new home, I knew she would be a perfect fit for the company and I am happy to have teamed up with Penalty on this venture. Now let’s make some hits!”

Neil Levine of Penalty Entertainment, LLC, “I’m ecstatic to be partnering up with Lil’ Mo and Astra Entertainment. Mo is such a great artist and both Reginald and I are honored to be working with her. Let the games begin.”

Serving as a prelude to The SCARlet Letter album, Mo recently released the NSS mixtape. Check it out here: https://soundcloud.com/thelilmoshow/sets/no-shit-sherlock

The SCARlet Letteris scheduled for release this August 2014.